How God used the Prodigal Son 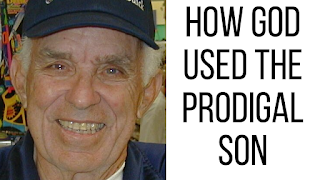 CLICK HERE OR PICTURE
I had the privilege of going to Egypt with Dr. A. Ray Stanford about 15 years ago. Dr. Stanford was the founder and president of the original Florida Bible College that was started in 1962 in Miami, Florida. After a number of successful years of service to the Lord, Ray’s disobedience to the Lord removed his platform from which he could have reached the world.  As the temple, that was rebuilt after the Babylonian Captivity, it was nothing compared to its’ former glory; Ray was truly the example of the prodigal son who came home to do what he could for the Lord.


After 25 years, Ray and I went to Egypt to go soul-winning. He was 85 years old and I was about 60. I was in the hospital on that Friday before we left, recovering from bleeding ulcers and a blood transfusion. That following Monday, my wife and daughter were pushing me through the Atlanta airport in a wheelchair. This trip was filled with little miracles and has become the highlight of my life. I hope you will learn to forgive those who stumble and fall. Help them up and let them lean on you for a while.