While I was speaking in Chili Crossroads Bible Church in Chili, Ohio this Summer,
Pastor  Neal Dearyan remarked to me that he would not be in the ministry if it had not been for my influence in a person's life 55 years ago. I was curious, so I asked him how this could be. He said, "You influenced Jack Weaver, who influenced Bill Adams, who helped to win Dr. James Scudder to the Lord, that started the Quentin Road Baptist Church, that reached me."

I don't believe we are fully aware of the power of our influence right away, and perhaps never in this life. Eternity is coming so keep sowing seeds and finish well. Below is a letter I received from Jack and the incident that started it all. Hope you enjoy. 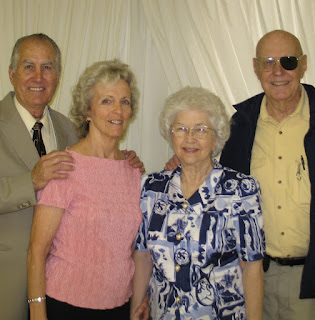 Please feel free to share my testimony with others so they will know that I support your decision to start the Florida Bible College in Tampa.

Before I trusted Jesus Christ as my Savior (at an FBC Christmas Concert in 1964) my atheist life was primarily my family, my very small business and Conservative politics, (Republican Precinct Captain in the 1964 Goldwater Presidential campaign. I served on the Dade County Florida Republican Executive Committee, was later appointed by Republican Governor Claude Kirk to an exclusive five-man state-wide business Regulating Commission. I resigned that Commission in disgust because serving there confirmed my thoughts that severe regulation bearing the effect of law imposed on private business is not a Constitutionally Conservative philosophy. My business was directly impacted by that regulatory Commission and we were one of its many victims.

While Yankee attended FBC, Dr. Ray Stanford recommended he ask me for a job. I hired him in my business as a service rep. After training and before he visited any customers alone, Yankee asked permission to witness the Gospel of Jesus Christ to our customers. As a relatively new believer and a babe in Christ, I was a tad queasy and questioned the wisdom of mixing "religion" with business. Finally I consented, assuming Yankee would "use care and discretion."

That very first day a dear Jewish lady customer to whom Yankee had witnessed called my office and was irate. She said Yankee told her that she was "going to hell." I explained to her that surely she must have misunderstood Yankee (which she had) and I assured her that I would speak with him when he returned to the office.

That evening I counseled Yankee that he must be careful -- but even perhaps we should reconsider the wisdom of sharing Christ on the job. Yankee, very graciously said, "I will do whatever you wish, but I want to tell you that I led several (don't remember how many but maybe six) folks to Christ today." I was floored and thrilled at the same time. I had never heard of such a thing. No one had ever witnessed to me before in my 36 years so it was a new concept.

Thereafter, I encouraged Yankee to continue witnessing to our customers or anyone while using his good judgment. We never had another complaint.

That incident revolutionized my business philosophy -- from a secular business into business as a ministry.
Consequently, over the next few years while I attended FBC I hired only FBC students as service reps (a half dozen or more). I instructed them all that they have free reign to share Christ with customers -- that we were concerned first for a customer's soul and secondly my business. We were not just to show God's Love in our lives which is great yet does not save, but to have free reign to actively witness Jesus Christ and His Salvation, to lead our customers to Christ. Our goal was first the Gospel and our second was our business.

I appreciate Yankee for his witnessing encouragement. He taught me the importance of witnessing about Jesus Christ anywhere to anyone and how to do it.

So, you can see why I feel somewhat kindly and protective toward Yankee.

While attending FBC I also served as a Deacon, later an Elder at Florida Bible Church and was asked by Ray to serve on the FBC College Advisory Board, which I did. I finally graduated from FBC December 15, 1971. I then resigned all positions at FBC, sold my business and started a church here in Perrine, FL -- from which I have since retired.


I am sure Yankee appreciates your support for the ministry the Lord has given him at the church and the new FBC of Tampa.

Posted by Pastor Ralph "Yankee" Arnold at 1:07 PM No comments: 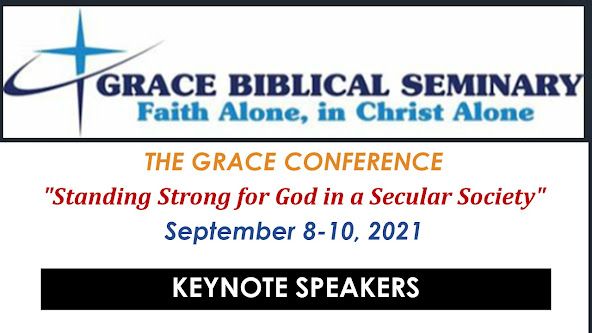 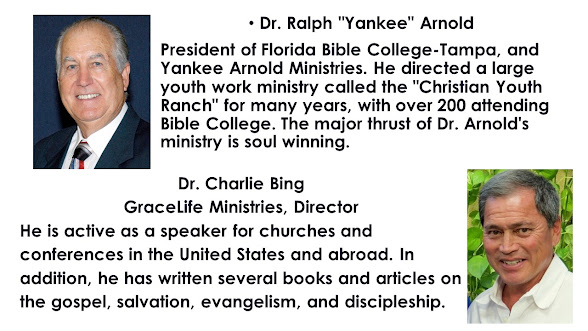 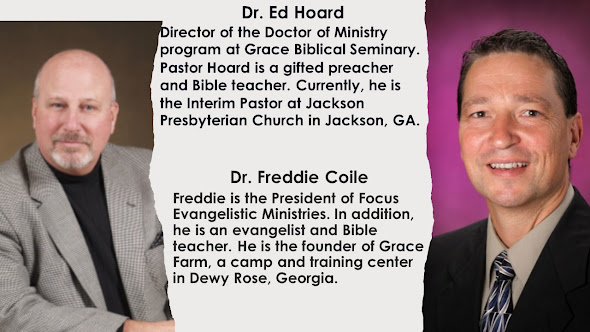 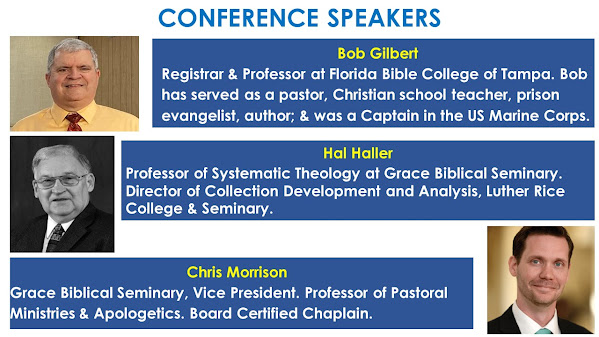 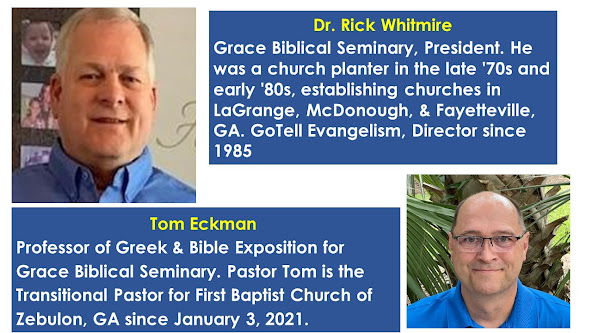 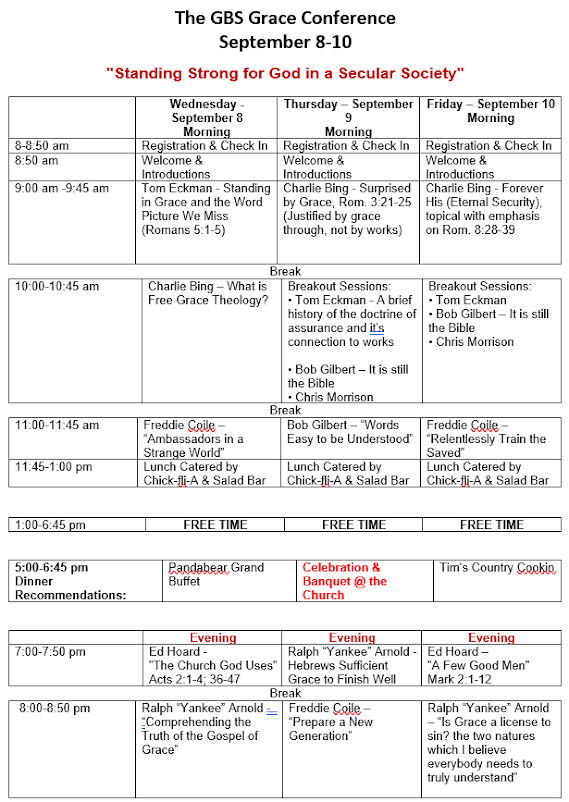 Posted by Pastor Ralph "Yankee" Arnold at 3:09 PM No comments: 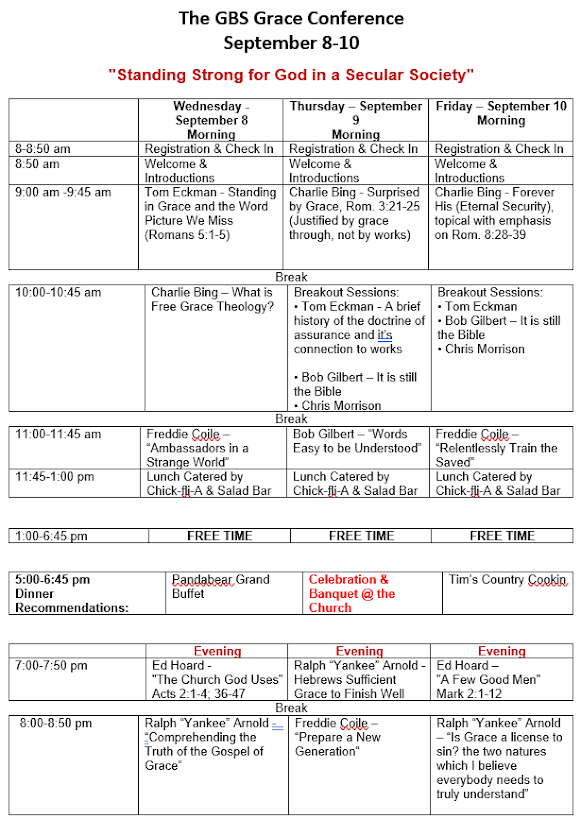 Posted by Pastor Ralph "Yankee" Arnold at 2:30 PM No comments: 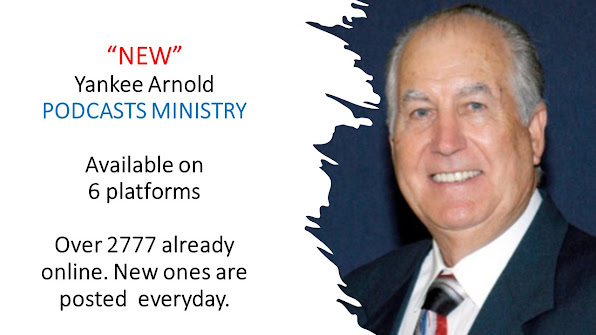 Posted by Pastor Ralph "Yankee" Arnold at 1:34 PM No comments: