What a blessing to be on WTBN radio in Tampa, Florida

When I became the pastor of Calvary Community Church of Tampa in 2009, I was asked to continue the Bibleline radio program that was hosted by my long-time friend, Dr. Hank Lindstrom. He was a master theologian with simplicity of presentation. We met in Boca Raton, Florida in the summer of 1964. We both attended Florida Bible College in Miami. 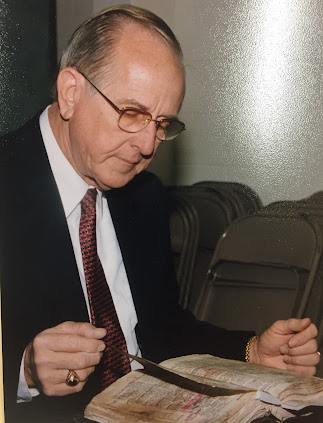 It is hard to believe that I have now hosted Bibleline for over 10 years. The Bible says to give honor where honor is due. It has been truly an honor to work with such wonderful people as the General Managers and staff at WTBN. 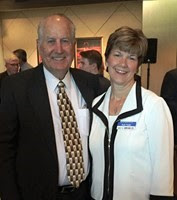 Barbara Yoder (General Manager here in Tampa, Florida) has been a jewel to work with. She hosted many Pastor’s Appreciation Dinners and conservative political events to help enlighten the needs on preserving our national freedoms. She helped bring together men of national importance that I would never have had the privilege to meet. 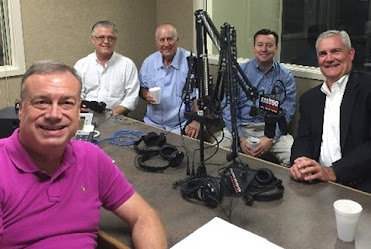 November the 14th marked the 15th anniversary of “The Bill Bunkley Show” on Faith Talk Radio. He believes right politically and stands for it. He has earned the right to be heard. I have shares time on his Faith-Talk show as his first guest, and it has been my honor to teach the Word of God together with him as we traveled for 10 days around Jordan and Israel. Chad Connelly (on right) is the director of Faith Engagement for the Republican National Committee. 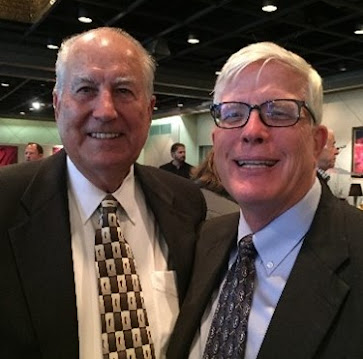 I listen to Hugh Hewitt every morning on my way to church. He is highly informative and savvy when talking about politics in Washington. Learn a lot 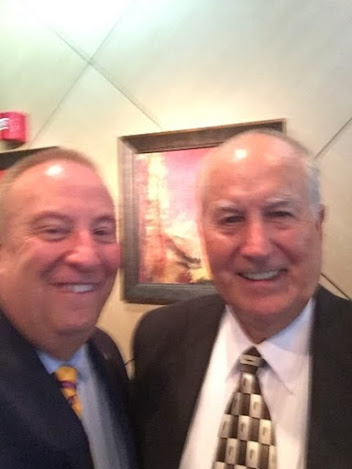 A couple years ago, I was walking down the hallway with Barbara and Mike Gallanger to have breakfast where Shawn Hannity was to speak when sharp pain went flying up from my neck into the back of my head. I was taken to the hospital in Orlando and spent the next three days. Since then I have had neck surgery to have a metal plate with screws placed into my vertebrae. Many weeks I would watch Mike doing his live show while was doing mine in another studio. I love his fight for America’s freedom. 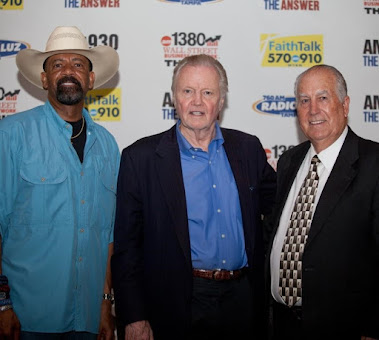 After watching Sheriff David Clarke, Jr. and Jon Voight on several news channels promoting a “Get out your Vote Campaign”, I was pleased to enjoy a brief moment with the both of them. These men will probably never recall meeting me, but I still am thankful that they were willing to go out on the limb to let us know where they stand for the sake of freedom. 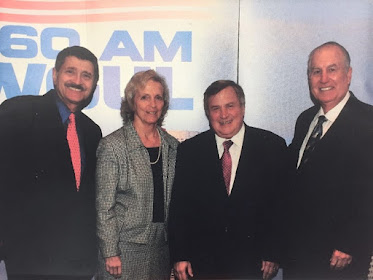 Chris Gould was my first contact with Salem Communication. In October 2011 Chris became Senior Vice President National Program Development.  He works with all the National Ministries to maximize their impact and effectiveness in reaching audiences with the Gospel of Christ.

Thank you for giving me a platform to present the gospel of Jesus Christ. Everything that God has ever accomplished through my radio ministry was because he worked through people like you.

Barbara J. Yoder and Bill Bunkley have faced life threatening physical challenges in the last few years. Their testimonies have been apparent to all on facing severe difficulties with little hope to great hope. Their trust in the Lord has been ongoing and serves as an example on how to walk with the Lord. May the Lord bless you greatly. Have a Merry Christmas from the Bibleline staff.

Posted by Pastor Ralph "Yankee" Arnold at 2:49 PM No comments: