It's All about Grace! 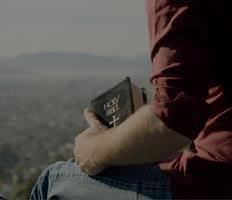 Be connected, encouraged, and equipped through
biblical messages and this unique fellowship of grace! 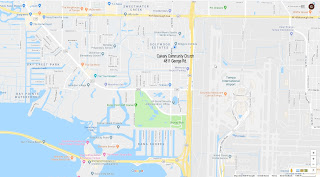 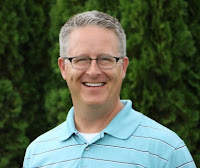 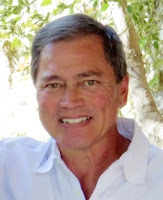 Dr. Charlie Bing
GraceLife Ministries
Sharing the gospel of grace with the unsaved and
the grace of the gospel with the saved.
http://gracelife.org/ 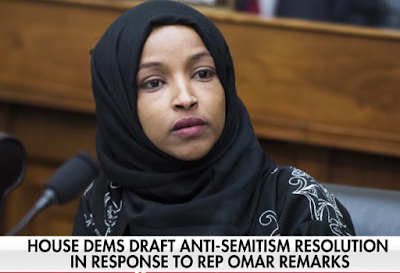 These remarks are given without shame or apology
by Dr. Ralph "Yankee" Arnold
Rep. Alexandria Ocasio-Cortez : What should we expect from having a Muslim in the House of Representatives?
America was founded upon the belief that there is only one God and his name is Jehovah--the God of Israel. America established her three branches of government from the Bible, the only Word of God, in Isa 33:22. “For the LORD IS our judge, (our Supreme Court Branch) the LORD IS our lawgiver,(our Legislative Branch) the LORD IS our King (our Executive Branch) He will save us.” There are no references made to Allah, the Koran, or to Muhammed in any of our founding documents, or etched into our national monuments. But there are much that reference Jehovah, Moses, and the Bible.

Islam is founded upon a god – Allah-- that does not exist. There is no god named Allah. Allah is not another name that is compatible with the God of Israel. Jehovah had a son named Jesus Christ. The Koran states that Allah has no son. The religion of Islam offers no love, salvation, grace or mercy. It offers no guarantee of Heaven or escape from Hell. There is no guaranteed offer of a better life.

The Koran is not a holy (divine) book, but a war manual on how to conquer the world. No Muslim can produce evidence of the Koran being anything other than a man-made book. Allah is not God, and the religion of Islam is not a peaceful religion, but one gigantic terrorist network to overthrow every nation on earth. Every Imam (prayer leader) prepares Muslims in their Islamic ideology for future terrorist activities. Every mosque is an ISIS or al-Qaeda cell.
If I could say a word to Muslim mothers:


I plead with every Muslim mother to look at the results of Islam and see if the Koran truly teaches children to hate the Jew, Christian, and all infidels. Why do Muslim mothers want to leave Muslim countries if the Muslim religion is so wonderful, loving, and peaceful?  Studying the Koran causes one to believe in the religion of Islam. The person who believes in the religion of Islam becomes a Muslim. Islam is what makes a Muslim country.

We admire the immigrants from Muslim countries that want to come to America. Christianity produced this one great country and Islam has produced 50 plus countries. Yet, America is greater than all the Muslim countries all put together. Our God is God. Christ gave us rights, love, and freedom. Why can’t Allah do for you what Jehovah has done for us? But if you bring with you the deeply held beliefs of the Koran and teach them to your children while attending the Mosque, are you not seeking to pervert America into the kind you left? Would you prefer America to be a Christian country or a Muslim country? In order to preserve this as a Christian country, are you willing to accept Jesus Christ as your Savior? Will you believe that Jehovah (as the only true and living God) loves you and sent his son, Jesus Christ, to pay for your sins? When you believe on Christ alone for salvation, you receive the mercy of God (guarantee to escape Hell) that Allah does not offer, and you receive Heaven by grace (not by good works or killing someone), that shows you how much God loves you. That love is not offered by Allah. Don’t you desire something better? Don’t you see that it is the belief in the Koran that is the foundation for producing TERRORISTS?
Islam constitutes a clear and present danger to the peace of the world. No true Muslim that really believes the Koran can honor the U.S. Constitution. The ultimate goal of the religion of Islam is to replace the U.S. Constitution with the Koran.

If the Muslim nations around the world desire the extermination of the nation of Israel in general and all Jews in particular, why are they here in America when they know that America is Israel’s greatest protector and Islam’s greatest enemy? Are you not, Ocasio-Cortez, trying to turn Congress against Israel?

Why would we go around the world to fight the religion of Islam only to give them free access to cross our country’s borders? We allow them the right to bring their war manual (Koran) into the United States, build their mosques, come into our public schools to teach our children the Islamic faith, vote in our elections, all the while knowing their professed ultimate intention is to bring down America.
I am not preaching or telling anyone to hate any person. I’m telling you about their hate of our God, our America, our Christians and Jews and the state of Israel. Just because I know the future of this world as recorded in the Bible, does not remove my responsibility to do all the right I can while resisting evil in this world. Terrorists don’t have to come here from other countries when they can be produced right here. The only way a Muslim can practice his faith is to take away ours. Look at the wars that are fought around the world. The majority of them are Muslims trying to overthrow some country they did not previously own. Why do you suppose that over 50 nations are now practicing Muslims? Do you think those countries were won by the beauty of Islam, or was it by the murdering of the opposition?


Here are my humble suggestions for every Muslim that claims to love America and her freedoms, and wants to see her stay that way. They either MUST CHANGE THEIR BELIEFS or try to change ours. Our differences are incompatible and are on a collision course. Are they willing to destroy our country in order to make it like the one from which they fled?
·       Since it is impossible to love America and the Religion of Islam at the same time, what is your choice? If you love flowers, you must hate weeds.


·       Because you love your children and do not desire them to grow up to be terrorists, will you vow not to teach the Koran to your children?


·       Since Mohammed is not truly a prophet of Jehovah (there is no other God) and no Imam speaks for Jehovah, will you promise to no longer attend or send your children to a mosque?

As a proud American, will you publicly state your love for Israel and pray that Jehovah will bless and protect these Jewish people from all Muslim nations?
·       Of all the Muslim nations in the world, how many of them grant to the Christian faith the right to practice their faith without persecution?


·       Name the greatest Muslim nation that gives to you the greatest liberty to practice your Muslin faith and why you did not choose to go there?


·       God loves you and so do I.
John 3:16 “For God so loved the world, that he gave his only begotten Son, that whosoever believeth in him should not perish, but have everlasting life.”


Ephesians 2:9 “Not of works, lest any man should boast.