In Memory of Herbert F. Paynter - Veteran of the Gospel 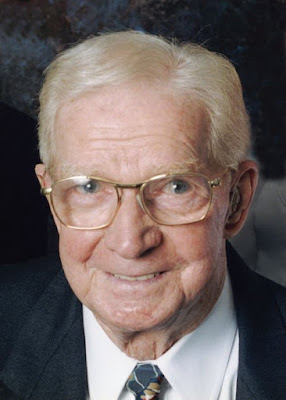 I was privileged to meet Herb Paynter Sr. back in 1964 at the Grove Community Church in Miami, Florida. He had the compassion for souls like a Dr. A. Ray Stanford. He exhibited the godliness of a Dr. Mark Cambron, and the humble loving spirit of a Dr. Bob Miller.


When I arrived in the fall of 1964 to be a student at Florida Bible College, I immediately attended Dr. Mark Cameron’s adult Sunday school class. I quickly learned that Mr. Herb Paynter was not only the congregational song leader, but also the Sunday school superintendent.

Desiring to be used as a substitute teacher, I informed Mr. Paynter that if he needed anyone to fill in for any class I would always be ready at a moment’s notice. On many occasions, I was blessed to cover for Dr. Mark Cambron when he had speaking engagements. Sue Stanford helped me by critiquing my English, which was terrible. I thank the Lord for Herb giving me the additional opportunities to serve the Lord.
About 1967, Herb developed the Tel-Evangelism ministry where hundreds of FBC students led countless people to the Lord. Eventually the ministry grew into an international ministry. It provided a training tool for thousands soul hungry believers to lead others to Christ through a couple minute telephone message. In my personal opinion, I believe there will be more people in heaven through the televangelism ministry than all the Christian Youth Ranch ministries over the last 50 years put together.
Back in the early 70s, I put together a few words to the song about the “Royal Telephone" by Frederick M. Lehman. I sang this song in chapel at the Florida Bible College in Hollywood, Florida.
The song is not an original, but I’m sure you’ll get the point. Hope you like it. Only 1:23 minutes.

Herb's daughter, Kathy Nofal, added a few kind words about her Dad.
I think it was so interesting that the Lord took Daddy Home on Veterans Day. It always distressed him that he couldn’t serve in WW2. So he went to work for the War effort, building war ships in the Philadelphia Ship Yard. One of the ways God showed Dad that he was right where He wanted him to be was that the last ship he helped build was the ship that brought his POW cousin home to the US!

Yes, Daddy couldn’t be a “veteran” here on earth but sent so many treasures ahead that I’m pretty sure he arrived in Glory as a Brigadier General!

Thank you Yankee. Our love to you and Betty.

Herbert Fletcher Paynter April 20, 1914-November 11, 2002 Herb was born in Philadelphia, the fourth child of seven. He married Doris Jennings in 1938 and welcomed his children Kathy (1944) and Herb, Jr. (1945.) Shortly after moving to Miami, he met Ray Stanford and led the singing at Youth for Christ rallies and eventually at Grove Community Church.

If you appreciated Herb Paynter, why not join me in sending Kathy and Herb, jr. a note of thanks.
On this Veterans Day, November 11, 2018, I would like to honor a great soul-winning individual who worked tirelessly, quietly, behind the scenes, and for the personal glory of God alone.
Yankee
Email Kathy and Buzzy at: Kathy Nofal <kathy@gracenet.com
Posted by Pastor Ralph "Yankee" Arnold at 3:08 PM No comments: 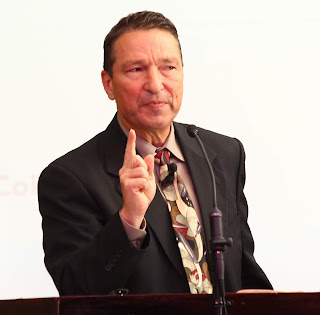 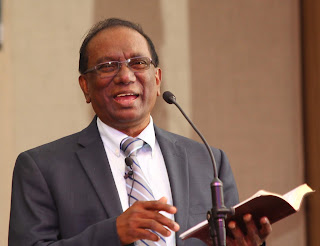 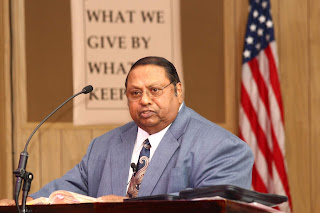 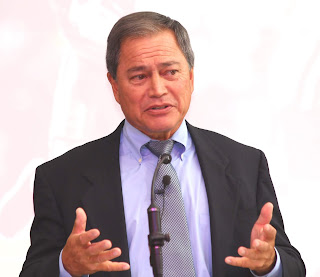 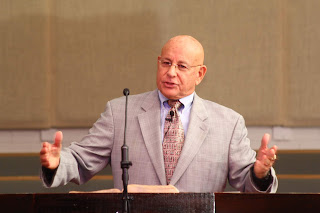 Please feel free to email them a word of encouragement.

TO VIEW ALL PREVIOUS PICTURES OR NEWSLETTERS GO TO:

Posted by Pastor Ralph "Yankee" Arnold at 11:20 AM No comments: